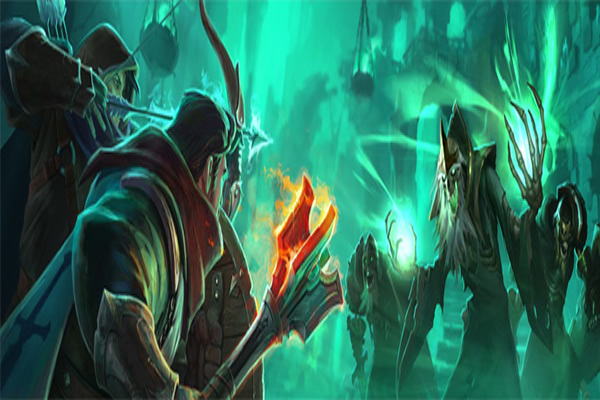 No matter what you stuck with us from the start or joined throughout the year, without you, otherwise, we could not be where we are today. Additionally, when it comes to the past year, honestly, it has been a wild ride for us, meanwhile, along with a lot of exciting changes happening. Now, let's have a look at what happend in 2016.

In high spirits, we kicked off Albion’s ambitiously named Final Beta on August 1, 2016. Featuring a complete new world, beautiful new biomes, the reputation system and much (much!) more, this update was by far our biggest feat so far.

Elaine followed roughly two months after the start of Final Beta. The majestic highlands biome was added to the game, which included the return of the Keeper faction. To top it all off, a total of 36 new Artifact weapons and equipment were added to the game as well.

Our most recent update, Faye, added the forest biome to the game and marked the completion of our five biomes! We also added a bunch of other features, such as persistent mounts, guard towers and the return of yellow and red zone GvG!

We started the year with Brutus, our second Closed Beta content update. Not only did this update bring an abundance of quality of life improvements, it also introduced two new Undead dungeons for adventurers to explore. In 2017, more players pay much attention to cheap albion online gold.

In March, Cador came along with a variety of PvE changes. Not only did the Heretics receive their revamp, the Albion armor system got overhauled and a variety of other features such as toolkits got introduced to the game.

Bringing the Closed Beta to a close, Darian brought a bunch of smaller (but important!) changes to the game, such as the study feature, 12 new weapon spells and the Morgana faction rework.

Aside from pushing out updates, we find it very important to give you more insight into what we do and why we are doing it. Our various developer videos are the perfect means for that.

Starting in March 2016, the Developer Talks came to life. These videos feature in-depth discussions on a given subject, with our very own game designers telling you all you need to know.

Additionally, we also started Community Q&A videos. Here, Community Manager Christoph Hombergs has collected your most pressing questions and sit down with Game Director Robin Henkys to answer them one by one. For more albion online latest news and guides, you can check out more: UPAlbion.

During the FFXIV's Tokyo Fan Festival, the game's director and producer Naoki Yoshida revealed the release date and some details about the Stormblood expansion.

Since Albion first got posted to our forums in early 2013, without any exaggeration to say, almost all Albion players have a lot opinions and ideas. Here is two reason: first of all, players completely dig the art style, in addition to this, they are also making a bunch of promises on being some kind of watered down Facebook game. Check out more latest albion online news or guides, you can keep it right here on: http://www.upalbion.com.